Case study: How easyJet is delivering on its mission to become the world's most data-driven airline 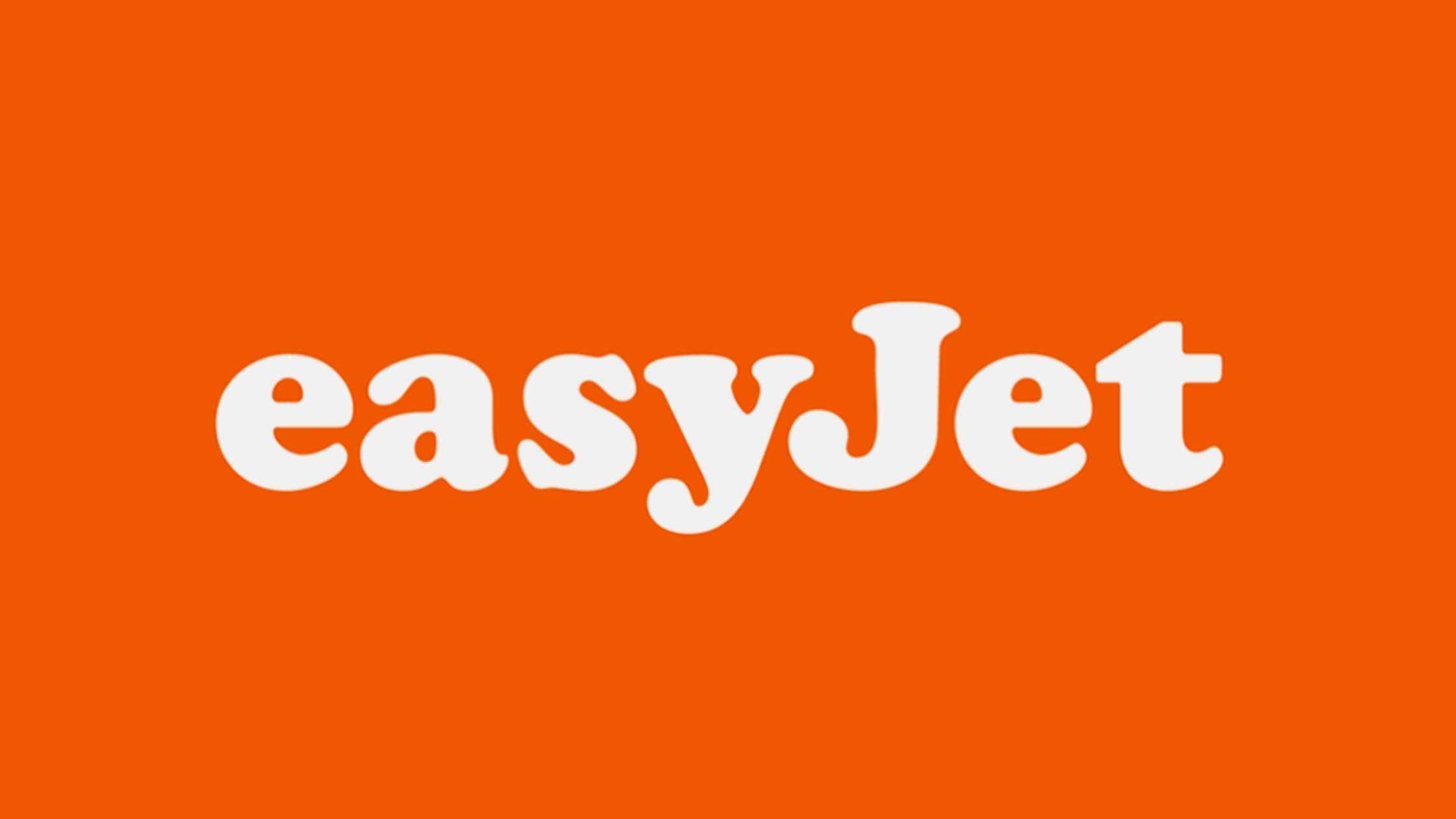 During the job interview, I think the interviewers (who are data scientists themselves) didn’t know about some of the things I mentioned, but that just tells you how cutting edge the information Cambridge Spark provides is. Overall, I would say the course is a great future-proofer."

easyJet is one of the largest airlines globally and one of Europe’s leading low-cost point-to-point airlines. Back in 2018, the company announced a new mission to become the “most data-driven airline in the world”, setting plans in motion to use data to improve passenger experiences, customer loyalty, operational efficiency and revenue. In this case study, we catch up with Edgar Tse, a Data Scientist at easyJet, and recent graduate of our Level 7 AI and Data Science apprenticeship to find out more about how he is applying his new skills at work.

Building the world’s most data-driven airline

Since the onset of the COVID-19 pandemic in early 2020, it’s been no secret that the aviation industry has been among those hardest hit amid international lockdowns, travel restrictions, and consumer unease keeping would-be travellers from flying. easyJet realised that it was going to have to double-down in its data-driven pledge in order to become more nimble in response to rapidly shifting demands.

Ben Dias, easyJet’s Director of Data Science and Analytics recently shared how the pandemic has transformed the way the company uses data, including increasing the use of automation to support increased workloads; using external data to signal market changes and evolving customer needs and, finally; using reinforcement learning to learn from the new data sets in real-time so the organisation can respond to shifts in demand much faster.

Equipping staff with the data skills to succeed

In order to achieve easyJet’s data-driven goals, Ben knew he needed a team that had the cutting-edge skills to remain one step ahead of the curve. To find the right members for this team, Mr Dias looked inwards as well as outwards to fill the skills gap. 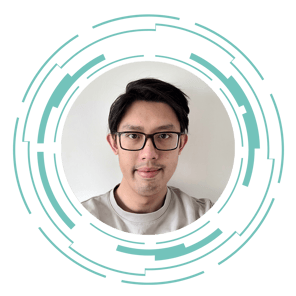 Edgar Tse was working as a data analyst working for easyJet’s central team three years ago when he was approached by Mr Dias with a proposition;

“One day I was in a meeting with Ben Dias, the Head of Data Science, and he says ‘hey, do you want to be the first guinea pig of the Level 7 AI and Data Science course?’ And I’m excited and say ‘Okay, I'll give it a go!’”

This was the meeting that kicked off Edgar’s upskilling journey with Cambridge Spark. But of course, it wasn’t just the chance to test out the programme that drew Edgar to our apprenticeship. Taking time out from work to pursue expensive, inflexible full-time education again was not something that appealed to Edgar. However, he was keen to advance his data science knowledge on a time and value scale that made sense to him.

My previous study had covered a lot of the stuff I needed to know except for the coding part, so an apprenticeship made perfect sense to me. You're not only able to learn new theories and techniques, you're also able to apply them to your daily role. That's a really big positive. With a traditional degree, you more than likely have to quit your job to study. Plus, an apprenticeship is sponsored by the government. In my opinion, there’s no better deal out there!”

Ultimately, to Edgar the most appealing aspect of the Level 7 AI and Data Science apprenticeship  was that he recognised it as a way to move and fast-track his career from data analytics into data science, which is where he saw his future moving in the long term;

“One thing that really appealed to me about this apprenticeship is that it provides a high level view on every single data science topic. It’s great to get a macro perspective. I saw my existing role of data analyst slowly transforming into a data science role. So in my mind, I thought, why don't I learn it now and future-proof myself?”

12 months into his apprenticeship, Edgar took the plunge and put himself forward for a new role in data science;

"During the job interview, I think the interviewers (who are data scientists themselves) didn’t know about some of the things I mentioned, but that just tells you how cutting edge the information you guys are providing is. Overall, I would say the course is a great future-proofer, and it also allowed me to move from one place to another."

The best parts of learning with Cambridge Spark

We asked Edgar to tell us which parts of the Level 7 AI and Data Science programme he found to be the most useful and interesting to him. Here’s what he had to say;

I enjoyed the module covering software best practice for designs the most because that type of stuff doesn't get mentioned too often. If you search ‘data science’ you always find information about this or that model, but you don’t really find information about best practices. For example, I learned about simple things like how to increase speeds, or reduce memory size. I also found it really useful learning about how to architect your data, project structures, and your whole pipeline. Again, it's the less glamorous stuff that people don't care about but it’s critical!”

Coming out at the other end of the apprenticeship, we asked Edgar if he could give us some insight into the kinds of things he has been able to apply and achieve at easyJet, armed with the new knowledge and skills he learned on the course. 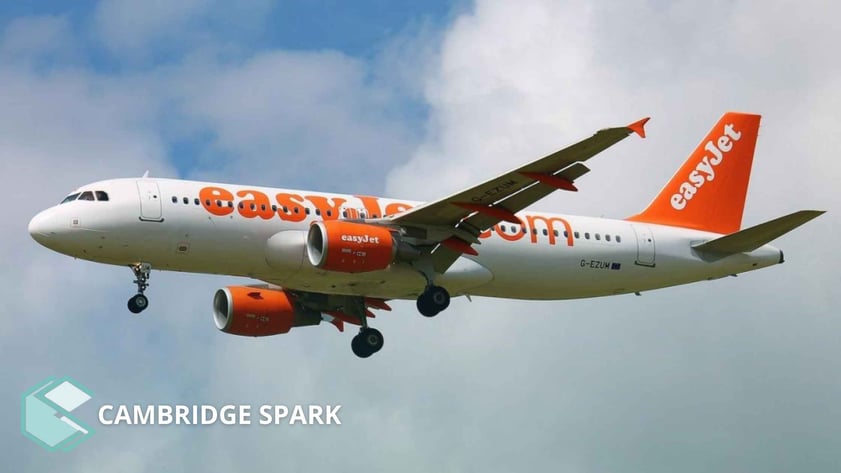 He took us through a number of examples of practical solutions he had been working on, starting with improvements he had made to a statistical model using a Bayesian optimisation approach. Explaining it in layman terms, here’s what he did;

“Within a statistical model, you can tune different variables to make them behave differently. Previously, I would have used methods called the grid search, and random search, right? But those methods tend to waste a lot of time. Later on during the course, I learned about the Bayesian optimisation approach.

On a high level, what it does is speed up the whole process. I found that really, really useful because easyJet’s data platform is still not at its best status just yet. The memory, the CPU, the GPU is not fully optimised, if you like. So speeding up the machine learning model in itself, is very important for easyJet. And by using Bayesian optimisation tuning techniques for this particular model, I was able to execute the predictions, which is fantastic.

In one example, using this approach yielded a x5 increase in speed”

In the same area of Bayesian optimisation, he helped to solve an important query for easyJet;

"One of the operational analysts came and asked me whether we are able to use Bayesian techniques or use a probability approach to predict which airport has the highest level of flight delays. I looked through my Cambridge Spark resources and tried to formulate the problem through this Bayesian formula but surprisingly, the solution only came to me later when I was playing tennis. It’s usually the most unexpected time when the aha moment comes! I was playing and thought, ‘Ah, yes, I could do that!’ and worked out the solution. It’s a good example of how I used what I learned from Cambridge Spark to try to formulate a problem, to give it a framework within which to solve it.

As a final example, the following describes the system Edgar is working on to predict the correct number of standby cabin crew replacements;

"For every flight there's always a chance of pilot or cabin crew absences. And when that's the case, you always want to have a standby replacement on hand. Trying to estimate how many crew members should be on standby can be tricky. We don't want to overestimate the number because if you do that, we are wasting money. But if the standby number is underestimated, it risks flights being cancelled. So there's a fine balance. As a solution, we've been trying to use a machine learning model to predict the actual standby usage needed. This new model is currently in its testing phase.”

Finally, we asked Edgar if he would recommend Cambridge Spark to others looking to upskill in data science and here’s what he had to say;

I feel I've become ambassador of Cambridge Spark in easyJet, to be honest! I have a lot of people asking about my experience, and I always recommend you guys.”

Ready to start your own data science journey?

And if your company doesn’t meet apprenticeship requirements, we also offer corporate training courses such as our Data Fluency for Leaders course, our Data Analysis Foundations course and our Digital Leader Executive programme.

What to find out more? Fill out the form below and one of our consultants will contact you directly to answer any questions you may have.

Fill out the following form and we’ll email you within the next two business days to arrange a quick call to help with any questions about the programme. We look forward to speaking with you.

Get in touch with Cambridge Spark